Walk in the footsteps of Mayan priests and royalty as you enter into the ancient trade city of Tulum in the Yucatan Peninsula and its expansive underground cave system. Listen to vivid storytelling as our guide illustrates the ruins as they existed in the days of the Mayans—and explore on your own. Your tour continues with the guided exploration of a winding underground river in the heart of the jungle. Walk through spectacular cenote caves and tunnels discovered in Mexico where stalactites and stalagmites will leave you breathless. Savor lunch in beautiful Punta Venado beach club before wading into the ocean, letting the waves lap over your feet. Our one-of-kind Tulum Caves Tour is simply amazing, and you can book online with us today!

When most of us think of Tulum, Mexico, caves and cave diving probably aren’t the first things that come to mind. Ancient ruins of an archaeological site? Of course. Tropical beaches? Check. But, caves? The answer is a resounding (and surprising) yes! Underneath the ancient city of Tulum are some of Mexico’s most beautiful and expansive underground caves. (In fact, the world’s largest underwater cave was recently discovered near Tulum!) These caves harbor a host of amazing geological features. On our Tulum Caves Tour, you’ll get to experience it all firsthand. Join our tour of the Tulum underwater cave system to the magnificent underground river: a sight you have to see to believe!
Learn About Tulum: An Ancient Trade City Preserved in Time

On our Tulum Caves Tour, you’ll get the opportunity to see some of Tulum’s most astounding natural wonders, including a flooded cave and the underground cave system—and you’ll also get to learn a lot about the ancient city’s rich history. Listen as our expert tour guides paint a picture of life in Tulum nearly 1000 years ago. Walk among remarkable structures—including Tulum’s famed seawall—and imagine life as it was during the height of the Mayan Empire. For an educational and engaging tour of the Tulum underwater caves and the Tulum ruins, there is no better choice than our Tulum Caves Tour here at Weddings Tours.

Swimsuit on before you leave hotel
Beach Towel
A change of clothes
Sunglasses
Biodegradable sunscreen and repellent
Hat/Cap
Water shoes
Waterproof camera
Extra money
Yes you must have basic swimming skills. It is important to be able to swim or float without a lifejacket.
No but you're more than welcome to bring your own.
We do not recommend using sunscreen because it contains chemicals that can contaminate the cave and harm its fragile ecosystem. If you need sunscreen please purchase only sunscreen labeled “biodegradable” and apply at least 20 minutes before entering the water.
Yes - life jackets are mandatory at all times while you are in the water.
The average temperature is 25°C (77°F). The depth varies greatly from one section to another. You will always have a life jacket and you will be accompanied by your guide.
Unfortunately not; most grounds visited on this tour are uneven rocky and there are areas without wheelchair ramps.
Yes you will have free time and can swim at the beach (except when sea conditions do not allow it).
Non-professional cameras are permitted at no cost. Video cameras GoPro tablets and selfie sticks have a charge which is paid directly at the box office. The use of professional photography equipment is strictly prohibited - including tripods.
We have umbrellas available for sun and/or rain.
Yes child pricing applies to kids ages 8 to 11.
Desde $0,00 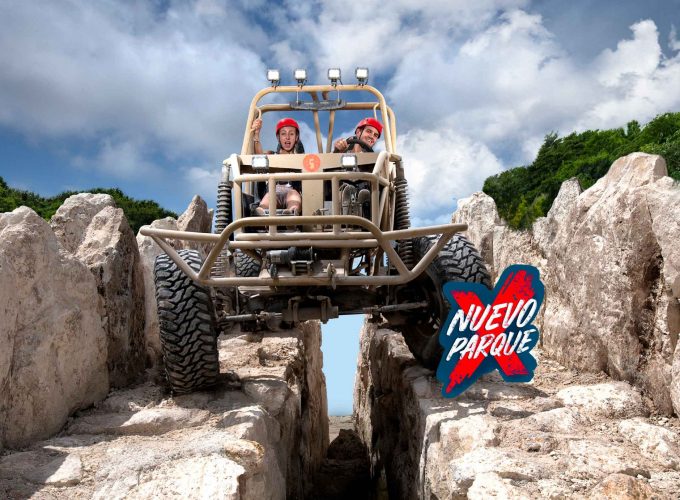 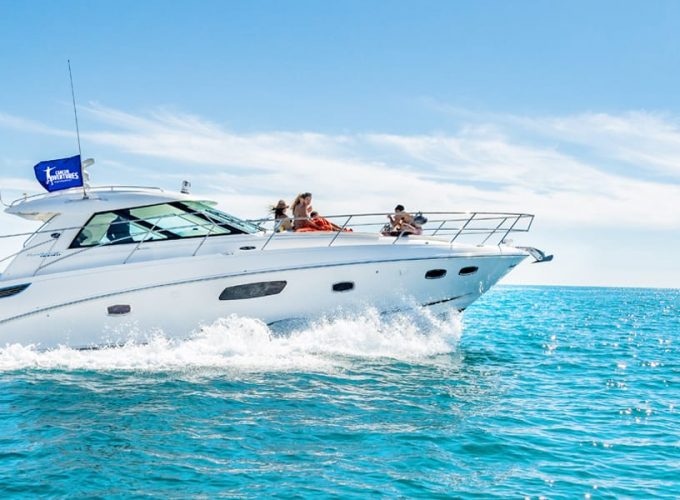 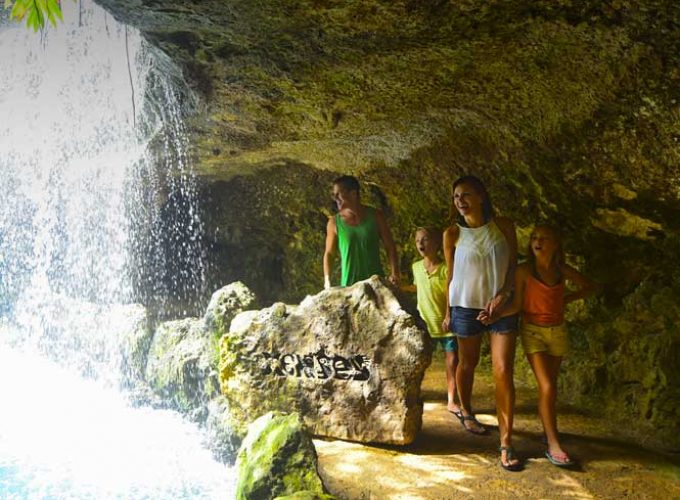